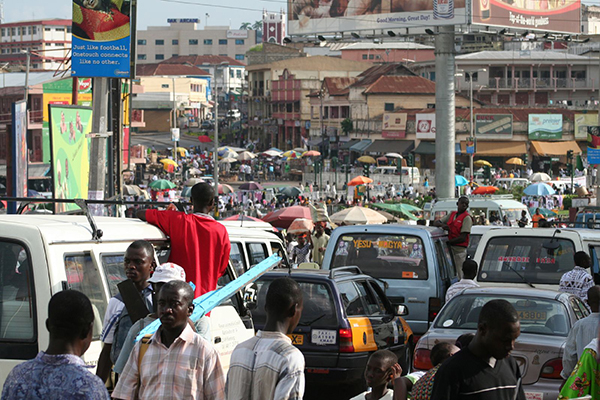 Road traffic injuries present major health and development challenges to countries all over the world, but especially in Africa. For example, in Uganda, at least 10 people die daily on Kampala roads due to boda-boda (motorcycle taxi) accidents. Why is this happening?

We spoke with Tawia Addo-Ashong, the Road Safety Pillar Leader of the Africa Transport Policy Program (SSATP) -- a World Bank-hosted international partnership -- who explained the reasons behind it, and told us how the World Bank and SSATP are supporting road safety in Africa.

Africa has the highest global estimated road fatality rate of 26.6 deaths per 100,000 people, relative to a global rate of 17.4. In other words, about 10 times more Africans die on the road compared to elsewhere in the world. Despite being the least motorized region - with only 2.3% of the world’s vehicles or 46.6 vehicles per 1,000 people compared with 510.3 vehicles per 1,000 people in Europe - Africa suffers from 20% of the world’s road traffic deaths.

What is more troubling is that more than half of all road fatalities involve vulnerable road users such as pedestrians, cyclists, and motorcyclists, and globally, road accidents are the most common cause of death, including among Africa’s most productive age group (15-29 years old).

Africa’s continued economic growth will undoubtedly be coupled with the expansion of its road infrastructure, which will in turn give way to more cars.  If we don’t address the road safety problem now, road accidents will become the leading cause of death in the continent.

A focused road safety strategy that is well funded and implemented will deliver positive outcomes.  In Addis Ababa two years ago, the Africa Transport Policy Program (SSATP) supported the development of a road safety strategy that the government launched and funded. Current data shows that, for the first time, road traffic fatalities have stabilized in Addis as compared with an average increase of 14% elsewhere in Ethiopia.

Creating networks of peers encourages and inspires African countries to achieve the goals set out in the Decade of Action and African Road Safety Action Plans. To this effect, SSATP has developed an African Road Safety Leadership Program, built a network of parliamentarians supporting road safety, and established an African Road Safety Data Observatory. Each of these initiatives has raised the visibility and profile of road safety in Africa. As a result, the highest levels of government are now demonstrating more commitment to tackling the issue. This was confirmed by the presence of 20 African ministers of transport and 7 African mayors at the recent African Road Safety Forum organized by SSATP and the Government of Morocco in Marrakesh last November.

What is being done to address the issue?

“Never doubt that a small group of thoughtful, concerned citizens can change the world. Indeed, it…

Improving Road Safety for Freight Transport on the Central Corridor

The 2,000 kilometer-long trade facilitation route originating from the port of Dar es Salaam and…