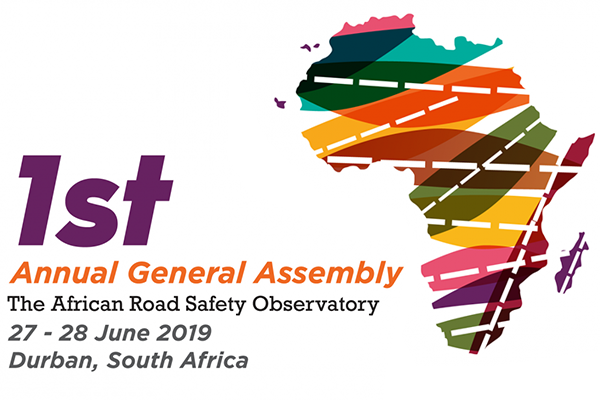 The African Union Commission (AUC) and the Africa Transport Policy Program (SSATP, an international partnership administered by the World Bank) with the support of South Africa’s Road Traffic Management Corporation (RTMC) and the United Nations Economic Commission of Africa (UNECA) are hosting the First General Assembly of the African Road Safety Observatory (ARSO) at the Fairmont Zimbali Resort in Durban, South Africa on the 27-28 June 2019.

At the inaugural meeting, over 80 road safety leaders from 35 African countries will have the opportunity to discuss and agree on ARSO’s mission and work plan for addressing the growing road safety crisis in Africa.

Co-financed by SSATP and the Global Road Safety Facility (GRSF), which is supported by UKAid with financial contributions from DFID and DHSC, the newly established Observatory intends to foster national, international and continental cooperation to generate a robust body of road safety data that can be used to influence policymaking and for monitoring Africa’s progress towards realizing the Decade of Action for Road Safety 2011-2020 goals.

“To achieve the targets set out in the African Road Safety Action Plan will require a concerted effort on the part of all African countries,” said AUC Director for Infrastructure and Energy, Mr. Cheikh Bedda. “It is my hope that the Observatory will serve as a platform for sharing good practices on improving road safety conditions among AU member States.”

Despite being the least motorized region – with only 2.3% of the world’s vehicles – Africa has the highest road traffic fatality rates in the world: 26.6 per 100,000 people. This translates to 650 deaths per day, half which involve vulnerable road users such as pedestrians, cyclists and motorcyclists. To halt the growing epidemic of road fatalities, the First General Assembly will bring the heads of Africa’s road safety agencies together with road safety data coordinators from the transport and health sectors to formally establish the Observatory as the continent’s network of road safety leaders charged with monitoring Africa’s road safety performance.

Looking forward, participants at the event will have the opportunity to agree on key road safety targets to be met by all African countries in time for ARSO’s next meeting, which includes acceding to and ratifying the African Road Safety Charter and all UN conventions on Road Safety.

Recognizing the urgent need to scale up efforts, Benedict Eijbergen, World Bank’s East Africa Transport Practice Manager, Head of the WB Unit hosting SSATP and member of SSATP’s Executive Committee, stated, “The time for road safety action is now. More than 300,000 people are losing their lives every year on Africa’s roads, and the situation is getting worse due to growing vehicle ownership and rapid urbanization. I am confident that by increasing the visibility of Africa’s road safety challenge, the newly established Observatory will generate the momentum needed to drive meaningful change on Africa’s roads that will impact the lives of all Africans.”

The establishment of the African Road Safety Observatory also benefited from the support of the World Bank, the Fédération Internationale de l’Automobile (FIA) and the International Transport Forum (ITF).

About the African Union Commission

The African Union vision is "An integrated, prosperous and peaceful Africa, driven by its own citizens and representing a dynamic force in the global arena. Agenda 2063, officially adopted by the AU Assembly in 2015, provides a new collective vision and roadmap to build a prosperous and united Africa based on shared values and a common destiny. The Department of Infrastructure and Energy is responsible for overseeing infrastructure development and operational efficiency in the sectors of Energy, Transport, Information and Communication Technologies (ICT) and Tourism at the African Union Commission. Its main goal is: "Achieving Integrated infrastructure of energy, transport, ICT and tourism that is safe, reliable, efficient and affordable, capable of promoting regional and continental integration as well as sustainable development of the Continent".

About the Road Traffic Management Corporation

The RTMC is South Africa's lead agency on road safety responsible for enhancing the overall quality of road traffic service provision and in particular, to ensure safety, security, order, discipline and mobility on the roads. It is further mandated to improve the exchange and dissemination of information on road traffic matters.

About the Global Road Safety Facility

The Global Road Safety Facility (GRSF), a global partnership program administered by the World Bank, was established in 2006 with a mission to help address the growing crisis of road traffic deaths and injuries in low and middle-income countries (LMICs). GRSF is currently financially supported by UK Aid and provides funding, knowledge, and technical assistance designed to scale-up the efforts of low and middle-income countries to build their scientific, technological and managerial capacities related to road safety.

The Department for International Development (DFID) on behalf of the United Kingdom Government administers UKAid, which is also financially supported by the Department of Health and Social Care. The goal of UK Aid is to promote sustainable development and eliminate world poverty by supporting numerous global, regional and local partners in undertaking a broad range of road safety initiatives. 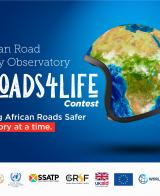 If you are 18 and over, passionate about road safety, and carrying out great work to make Africa… 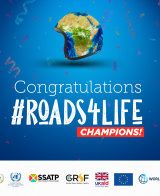