Two African port associations, the Port Management Association for West Africa and Central Africa (PMAWCA) and the Port Management Association for East Africa and Southern Africa (PMAESA), with the support of the SSATP have developed guidelines on container terminal concessions for the region. The guidelines provide strategic and practical advice to high-level government decision-makers and general managers of port authorities, in their endeavor to attract professional private sector partners to invest in and operate container terminal facilities. The guidelines specifically offer practical advice to better prepare for the concession process, to review the contract provisions, and subsequently to better manage the concession.

The African port landscape has changed significantly since the late 90s, when Port reforms in Sub-Sahara Africa resulted in an increased involvement of private sector companies and a decrease in port authorities who withdrew from direct involvement into cargo handling operations, particularly in West and Central Africa, but to a lesser extent in Eastern and Southern Africa. In the mid-2000s, the reforms accelerated, and within a few years, most container terminals were passed on concession to specialized Terminal Operating Companies (TOCs), which embarked on extensive rehabilitation and upgrade plans. TOCs and public port authorities have invested in modern handling equipment and revamped facilities, resulting in productivity gains and reduced congestion.

Concessions have provided Governments with millions of dollars in revenue through entry tickets, annual fees and royalty payments on traffic handled by concessionaires. Greenfield projects are expected to further increase capacity to meet future demand, despite the recent slowdown in container traffic growth that has led to some of these projects to be put on hold and/or are facing headwinds in raising private financing.

Despite these advancements, several challenges remain and greater benefits for economic growth could be achieved if container terminal concessions were better designed, better managed and better regulated. Sensitizing the management of the port authorities is therefore essential to maximize the benefits from TOC participation in the financing and management of container facilities. 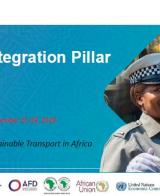 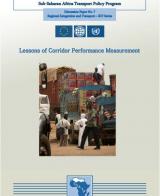 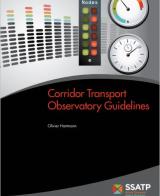