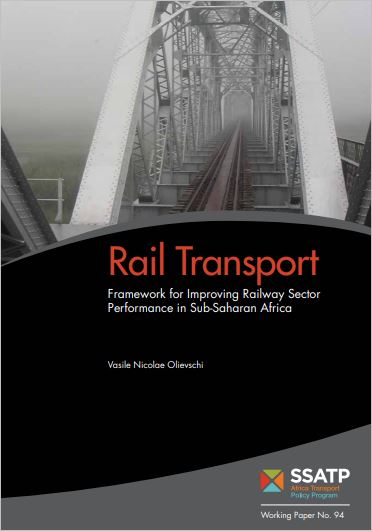 When The African continent has been making regular headlines with double digits growth economies, an emerging middle class, an explosion in mobile communications, and huge untapped mineral resources. Still, the spread of this new wealth is slow and the benefits of this significant growth are marred by persistent structural issues, among them and often cited is the poor level of infrastructures. Road, rail and port network is still ill adapted to the continent expansion and the regional economic development. Rail in particular has suffered by decades of low level of direct investment, poor infrastructure management and inefficient train operations. Although the issue has been addressed by governments and development agencies, and despite local improvements, the revival of African railways has not happened.

This study draws fascinating conclusions on the last 15 years’ experience from railways concessions in sub-Saharan Africa, and re-examines the performance of the railways in the light of the considerable changes in the transport and logistics industry in the last two decades, that have affected the African continent as well as the rest of the world. What are the policies required to restore the railways competitiveness? What are the improvements needed in terms of managing railways assets, restoring train operations reliability and financial sustainability of this sector? What lessons should be learned in terms of ownership, partnership and financial responsibility of the public and private actors?

The study highlights the most urgent problems facing the rail transport sector and provides a set of recommendations that would help both public and private interests to partner constructively in the revitalization of the sub-Saharan African rail network. 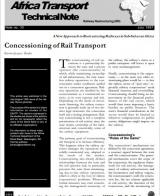 As with many railways in developing and developed, countries, Sub-Saharan Africa's railways are now… 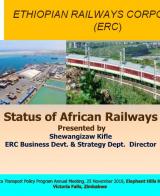