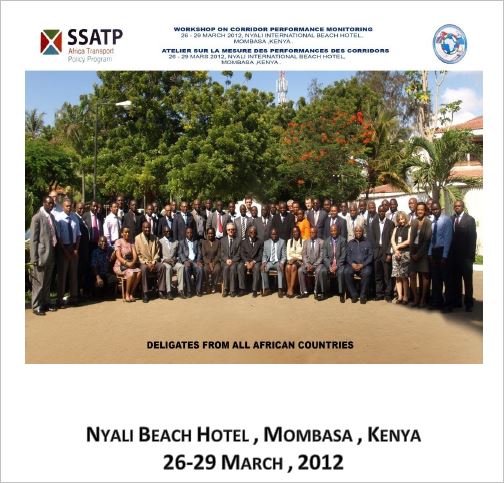 The SSATP Corridor Program is a subset of the SSATP Regional Integration Component, aiming mainly at establishing transport observatories on several Sub-Sahara Africa corridors. This program was launched mid 2011, and is covering a period of two years, until June 2013. Most of the activities planned in the program had been launched by the beginning of the year 2012, and the time was ripe to review the status of the various monitoring exercises and surveys conducted so far in order to incorporate lessons learnt in the program. To that effect, a workshop, hosted by the TTCA (Transit Transport Coordination Authority of the Northern Corridor) in Mombasa on March 26th-29th, was organized on corridor performance monitoring, in which the regional integration partners of SSATP participated, constituting de facto a meeting of the Transport Coordination Committee of the Regional Economic Communities (REC TCC). The discussions that took place during the workshop will assist in refining the action plan for the remaining period of the Program.

The aim of the meeting was to share with all stakeholders the approach and tools developed for corridor performance monitoring, based on the following principles:

Following the September National validation workshops in each CCTTFA member country to review,…